“A part of me was writing non-fiction short stories about things I remembered, while another part was preserving the lies I tell myself to ensure the truth doesn’t kill me. This book is about those truths and the ways in which we parcel fact in order to survive.“

☛I’M TELLING THE TRUTH, BUT I’M LYING: ESSAYS [pub: Harper Perennial] by Bassey Ikpi arrives on bookshelves and e-readers on August 20th, the same day that the “Nigerian-born-American-bred” poet and mental heath advocate is in conversation with Me Too Movement founder Tarana Burke at the 92nd Street Y in New York City. “Join her as she breaks open our understanding of mental health by giving us intimate access to her own showing just how mental health impacts every aspect of our lives, challenging our preconception about what it means to be ‘normal.'” Click here to purchase tickets. 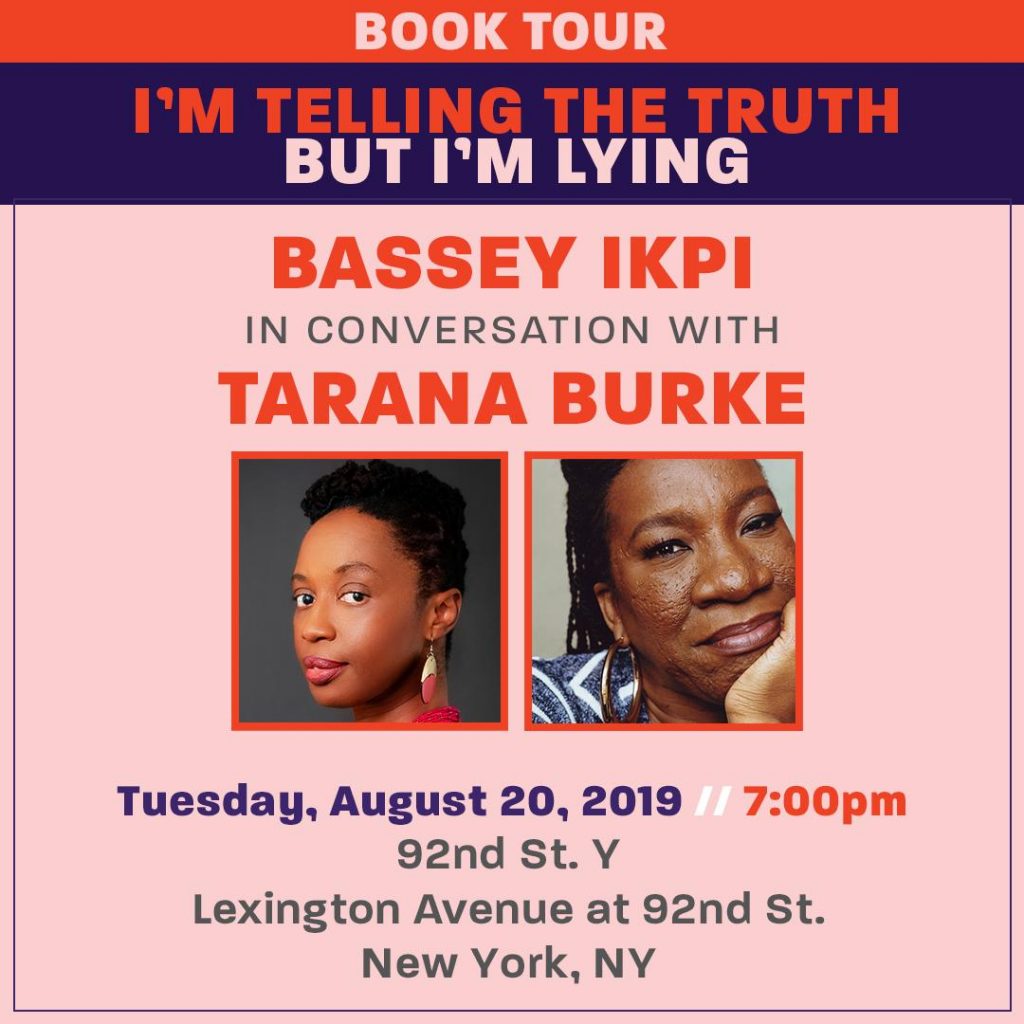 A deeply personal collection of essays exploring Nigerian-American author Bassey Ikpi’s experiences navigating Bipolar II and anxiety throughout the course of her life.

Bassey Ikpi was born in Nigeria in 1976. Four years later, she and her mother joined her father in Stillwater, Oklahoma —a move that would be anxiety ridden for any child, but especially for Bassey. Her early years in America would come to be defined by tension: an assimilation further complicated by bipolar II and anxiety that would go undiagnosed for decades.

By the time she was in her early twenties, Bassey was a spoken word artist and traveling with HBO’s Russell Simmons Def Poetry Jam, channeling her experiences into art. But something wasn’t right—beneath the façade of the confident performer, Bassey’s mental health was in a precipitous decline, culminating in a breakdown that resulted in hospitalization and a diagnosis of Bipolar II.

Determined to learn from her experiences—and share them with others—Bassey became a mental health advocate and has spent the fourteen years since her diagnosis examining the ways mental health is inextricably intertwined with every facet of ourselves and our lives. Viscerally raw and honest, the result is an exploration of the stories we tell ourselves to make sense of who we are—and the ways, as honest as we try to be, each of these stories can also be a lie.

Dapper Dan Made In Harlem: A Memoir By Daniel R. Day

F*ck Your Diet By Chloé Hillard